We have now already spent half of the time we have available for our awesome expedition on Bacan island and after a quite exhausting day spent in the field, I have now the time to access internet and to give you a little update on our trip 🙂

Our primate team has already done five days of intense forest surveys and one day spent  organizing the logistic for the last week of the expedition, while our second team has already completed six days of village surveys. Yesterday the whole team have been able to enjoy a well deserved day off on a beautiful little island about twenty minutes away from Bacan!

During this last week, we had the chance to encounter crested black macaques everyday with groups up to 40 individuals. We went through waist deep swamps full of nasty razor sharp vegetation, impenetrable scrubs and beautiful virgin rain forest! We had our share of injuries with pulled muscles, minor dehydration, a few rashes and weird bug bites… But each evening, after the “mandi” (shower in Indonesian), you can see a broad smile on everyone face while we talk about what we experienced during the day and the amazing things that could be waiting for us on the next one.

To give all of us the opportunity to discover both aspects of our expedition, we have a field researcher rotation between the macaque survey team and the village survey team. Our village survey team, led by our education officer, Junita Siwi, and our local contact, Pak Samsul, has already surveyed 3 villages with a 120 questionnaires filled up and two villages presentations. We can already notice differences between North Sulawesi and Bacan inhabitant’s life styles or habits and we feel really welcome here like every where else in Indonesia. The two presentations were really well-attended with about forty villagers at the first one and up to eighty at the second one! It gave us the opportunity to inform local people about the different threats faced by the Yaki in North Sulawesi and on Bacan, why it is important to preserve them and, at the same time, to distribute our education materials.

We still have a week of work ahead of us to carry out our research on this magnificent island that is Bacan and we will keep you updated as much as possible!

Speak to you soon!

~ Gaetan and the Selamatkan Yaki team ~

What will you be doing on this year’s Valentine’s day? We at Selamatkan Yaki would like to take this opportunity to highlight our love for primates & our plight to protect them!

Share your passion about primate conservation with us by letting us know what you will be doing on Valentine’s day 2013 to highlight the primates while being with the person or people you love!

We would like to hand you a suggestion: what a better way than to spread our Selamatkan Yaki’s logo, the yaki with the heart-shaped panta merah (red bottom)!!

Perhaps via a Valentine’s card or simply by wearing our SY T-shirts on February 14th 2013! Check our Facebook page for more ideas!!

I am currently sitting in a cramped yet cosy net café in the distant island of Bacan in Maluku, 345 miles South East of my usual dwelling in North Sulawesi. So, what is it that I am doing here? A fantastic team of 6 and I have lugged ourselves across from all corners of the globe for a research expedition to explore some of the questions surrounding the island and it’s furry inhabitants….

Nestled in the Southern realms of Bacan is Gunung Sibela Nature Reserve, thought to be home to an apparently large population of under-studied macaques believed to be Macaca nigra, yaki. It is still not completely certain of the origin of these monkeys and no research has been conducted on them for over 15 years. Bacan is not part of their native range, but some stories suggest they were brought over in 1867, with one legend that a sultan introduced the monkeys in exchange for sago and have since done their thing and spread around the island, growing in numbers with perhaps fewer threats than their Sulawesi counterparts. We aim in this short period of time to gain some insight into the abundance of these monkeys through a series of line transects to record our encounters of the macaques at different sites, whilst also exploring the social side of their human neighbours, interviewing the villagers and painting a picture of the situation here on Bacan.

The trip has been somewhat exhausting so far, as the travelling took it out of me with only a few hours sleep here and there coming back from UK, to Sulawesi and now straight to Bacan, embracing 4 flights and a mega overnight boat trip! Upon arrival we were straight into a crazy day of settling in, meeting officials, searching for maps and other items and getting all the methods and survey plans sorted, ensuring everyone knew what they were to do (more or less!). But now despite my throbbing knee, I am delighted to say we have already had two successful days of transect walking (or stomping, sliding and slipping to be more accurate!); 7am until 5pm in a selection of scrubby disturbed forest and nice juicy primary rainforest, which is stunning! The reserve encompasses a relentless but picturesque mountain reaching 2000m at its peak, so although we are only making it up a fraction of the way of these menacing slopes, it is rather tough, forcing us up and down and back again!! Amongst an impressive plethora of plants, birds and butterflies (and my highlight of a king cobra delightfully devouring another snake!), we have already had several encounters with the macaques which is fantastic, and bringing in lots of data from the transects and village surveys. What a delight to have these cheeky chaps peering down at our ecstatic faces, wondering what on Earth these odd mammals are doing under their trees!

We are lucky enough to have a wonderful group with each member bringing their own speciality to our research efforts and are so far all doing a great job at making this expedition a success.

Huge thanks go again to Chester Zoo for supporting us in this exciting and much needed expedition.

I hope to update you all with progress in the coming days!…

~Harry and the yaki team~ 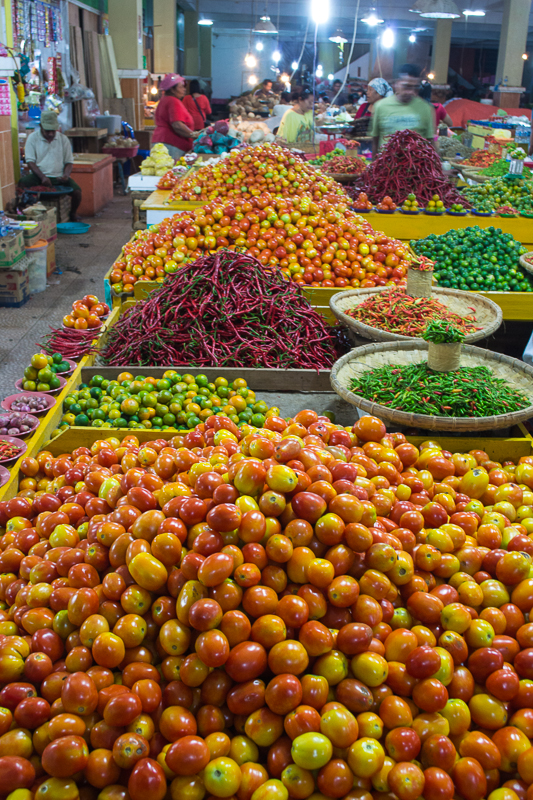 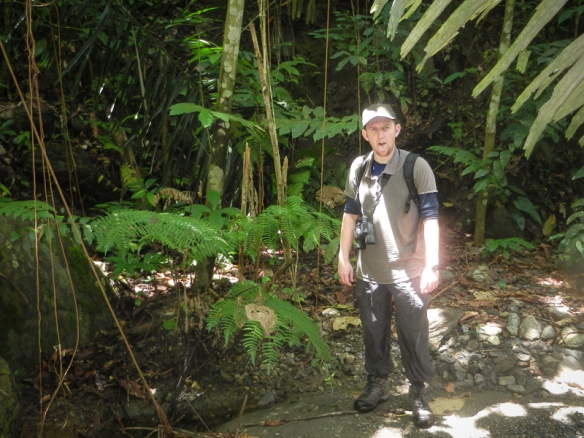 Please read on PEN’s website about Harry’s inspiration as educator in primate conservation and how PEN helps to contribute to his mission!

The Primate Education Network (PEN) is created by and for educators working in primate education. PEN would like to enhance primate education by facilitating connections between educators in primate habitat countries. For example in Sulawesi, where we have 7 macaque species and several tarsier species, creating awareness about the important roles of these primates in our ecosystems is vital to conservation work. PEN would like to help conservation programmes, like Selamatkan Yaki, by providing connections, resources and services.

We, at Selamatkan Yaki, are happy to be part of such a great network!

Passionate about primate conservation, Harry loves being an educator
in environmental education and an ambassador for the wildlife on
Sulawesi!

By facilitating education for the younger generations, we can bring
a fresh new hope of support for environmental preservation in the
future.

Promote your Page too

~Blog posts from the past~